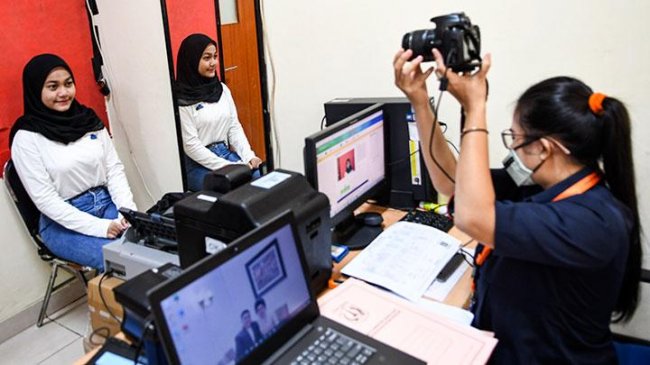 TEMPO.CO, Depok - Head of Civil Registry Office (Dukcapil) of Depok City, Nuraeni Widayatti, said that her side has opened the service for the registation of family card (KK) and electronic ID card (e-KTP) for transgender community in the city.

As set by the Directorate-General of Civil Registry Office at the Home Affairs Ministry, Nuraeni went on, there should be no discrimination including in the registration of e-KTP and KK.

“Well, it's stated in Regulation No. 24/2013 that every citizen has the right for the service in civil administration without discrimination,” she told Tempo, Saturday, June 5, 2021.

Nuraeni iterated that the implementation not only takes place in the City of Depok, but also in all cities and districts across Indonesia under the coordination of Directorate-General of Civil Registry Office. “It's been running in several cities," she said.

She further explained that to get the e-KTP and KK, the transgender people should obtain the certainty of their gender identity proven by the court verdict and attaching a medical statement. “Every citizen has the rights for their civil identity. And that's the responsibility of Dukcapil to grant the identity,” Nuraeni remarked.