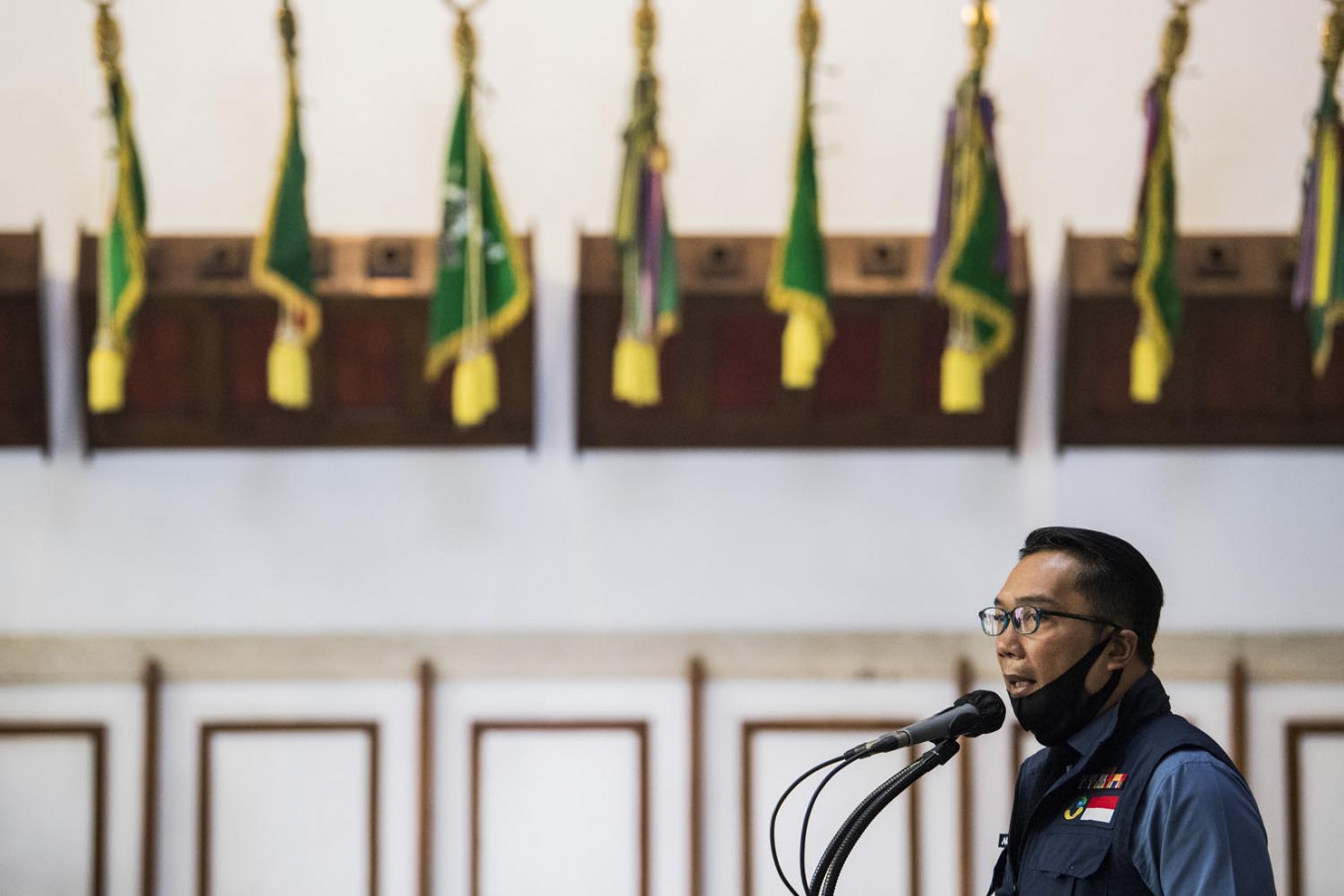 West Java Governor Ridwan Kamil has opened an office in Depok to optimize efforts to curb the spread of COVID-19 in Jakarta’s surrounding areas in West Java, as ordered by the central government.

“Nearly 70 percent of COVID-19 cases in West Java are contributed by Bodebek [Bogor, Depok, Bekasi], so the central government directed me to focus on handling those areas,” Ridwan said on Wednesday, as quoted by tempo.co.

Ridwan, who spends most of his time in the province’s capital of Bandung, said having an office in Depok could also help him carry out a number of tasks more intensely in the “red zones”, including monitoring the regional elections at the end of the year.

“Once or twice a week, depending on the situation, I would mostly be in Bodebek areas, especially in Depok,” he said, adding that his plan would last for several months.

He hoped he could set an example for COVID-19 task forces in Bodebek to work harder to curb case numbers.

He said the West Java Police and the Military Command (Kodam) III/Siliwangi in Bandung had also carried out this “tactical” policy.

“Where there is a red zone, where there are high numbers of violations, the police chief and the military commander will send their teams to back up,” he said.

Recently, he said, the West Java Police had tasked its leading officers in Cirebon with controlling virus transmission as the city became a red zone.

Moreover, the West Java deputy police chief had opened an office in Bogor to directly help the city to mitigate the outbreak, he added. (syk)