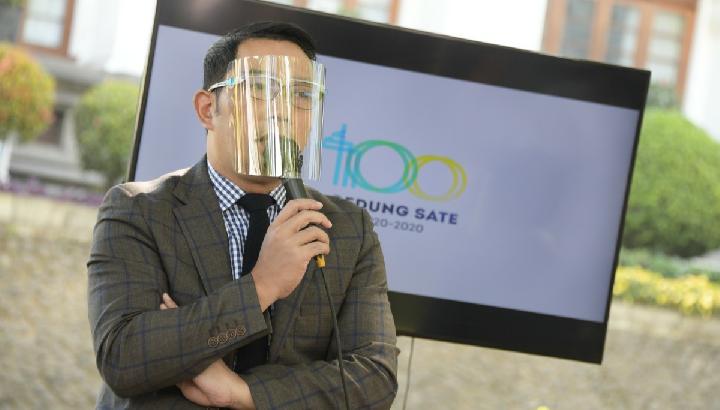 TEMPO.CO, Jakarta - West Java Governor Ridwan Kamil announced that Depok had again been classified as a COVID-19 red zone, meaning the city is at a high risk of coronavirus transmission, based on the results of the latest alert level mapping.

“We report the position of West Java [related to virus transmission]. The majority of regions are at moderate and low risks, only Depok considered as a red zone,” said Kamil in a press conference, accompanied by Army Chief of Staff Gen. Andika Perkasa and National Police Deputy Chief Comr. Gen. Gatot Eddy Pramono, in Bandung, Friday, August 21.

Due to Depok's increased status, Kamil said the West Java government needed assistance to mitigate the virus spread. He added that most of the province's regions were classified as yellow zones.

“There are 12 orange zones, 14 yellow zones, and one red zone. Last week, Depok was an orange zone,” he recalled, acknowledging that such status could change at any time.

Ridwan Kamil observed that most of the COVID-19 transmission in West Java occurred around Bogor, Depok, and Bekasi or Bodebek so that the West Java government was still enforcing the Proportional Large-Scale Social Restrictions or PSBB.