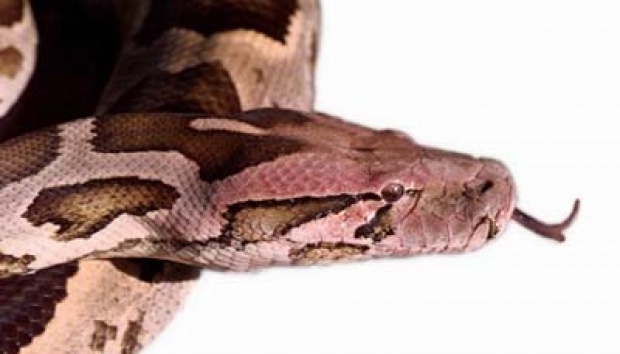 TEMPO.CO, Jakarta - A two-meter-long phyton was found during the large-scale social restricions (PSBB) in Depok, West Java. The snake was found by the city's public order agency (Satpol PP) personnel who were patrolling on Jl. Margonda Raya early on Friday morning.

“A python with a rough length of 2 meters was found near a shophouse on Margonda Raya Street. [The snake] was near a small cake business factory, it was almost inside the facility,” said Depok Satpol PP secretary Ferry Birowo in a release on Friday.

According to him, the patrol team initially intended to disperse any large social gathering at the popular gathering spots along the Margonda Raya Street.

The team focused its patrol on food shops, as he said those locations were vulnerable to large gatherings of online motorcycle taxi drivers taking orders during the coronavirus (COVID-19) PSBB protocol.

Ferry said it took eight people to secured the python, and that it was presently kept at the Depok Satpol PP headquarters, pending transfer to the Depok Natural Resources Conservation Agency (BKSDA).