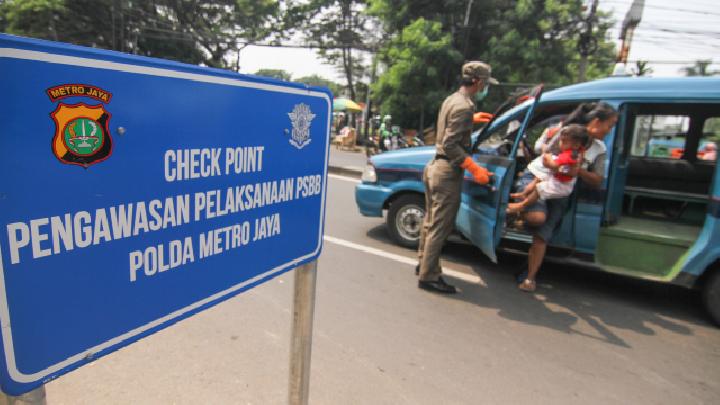 TEMPO.CO, Jakarta - Depok City Administration submitted a letter to the West Java Govenor, requesting an extension for the Large-Scale Social Restriction (PSBB) for the next 28 days. With the extension, the PSBB in Depok will continue from April 29 until May 26, 2020.

"I have delivered a letter to the West Java Governor to extend the PSBB," said Depok Mayor Mohammad Idris in a written statement dated Monday, April 27, 2020.

Initially, Depok has conducted PSBB starting from April 15 until April 28, 2020. However, the city's local administration feels the need to extend the PSBB period and sent letter No. 443/200-HUK/GT dated April 26, 2020, to apply for an extension on the PSBB period.

Idris said that the main concern for the request is the increase in the number of Patient Under Supervision (PDP), Person Without Symptoms (OTG), and Person Under Monitoring (ODP).

"This occurs not only in Depok City, but also in the Jabodetabek region," Idris explained.

Idris further added that some of the factors of the increasing number of COVID-19 infection cases includes local transmission.

In addition, the number of PDP whose status escalated to confirmed cases following PCR-tests were increasing. Idris also said that there are still considerable mobility of people coming from and to Jakarta for various purposes, which contributes to the increase.

Idris added that the majority of people in Depok are not using masks, and still have the tendency to gather in masses because of the lack of sanction to accompany the PSBB policy.

"There has to be firm sanction in PSBB implementation, which can be accommodated in a West Java Governor Regulation," Idris said.

He also encourage Depok residents to adhere to the govenment's PSBB program and other initiative to completely severe the infection chain of the coronavirus.