Landslide-hit Road in Depok Yet to Be Repaired - Tempo.co English

Landslide-hit Road in Depok Yet to Be Repaired - Tempo.co English 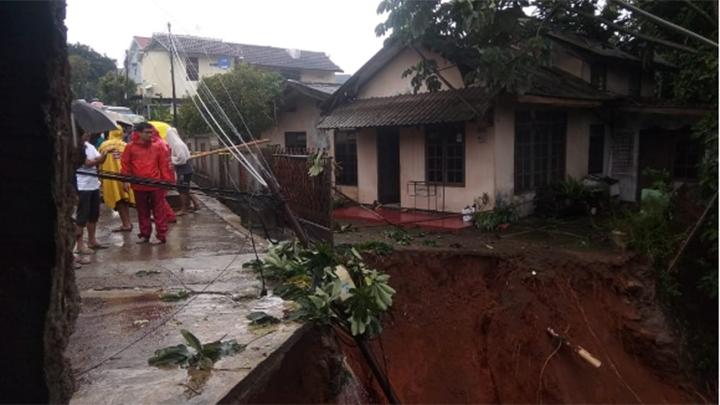 TEMPO.CO, Jakarta - The access road to the Samudera Indonesia residential complex in Depok subdistrict, Pancoran Mas district, that was hit by a landslide three weeks ago has yet to be repaired.

Local community unit (RW) head Muhammad Dahlan said the Depok City administration had yet to take any repairing measure since the catastrophe hit the area at around 07:00 local time on Wednesday, January 20, 2020.

“Since the landslide, there has been no information as to when it will be repaired,” he told Tempo on Friday, January 24, 2020.

Dahlan said this happened despite the fact that the Depok City administration through its Public Works and Spatial Planning (PUPR) Agency had checked on the situation upon the disaster.

Separately, Depok’s PUPR head Dadan Rustandi said regarding the called-for repair that his side was still in the auction stage. “The auction stage is still afoot,” he said.

Earlier reports said two houses in the complex sustained severe damages due to the landslide. Tempo observed that a 20-meter-tall cliff in the complex collapsed and hit the front yards of the two houses. The Ciliwung River flows just beneath the cliff.