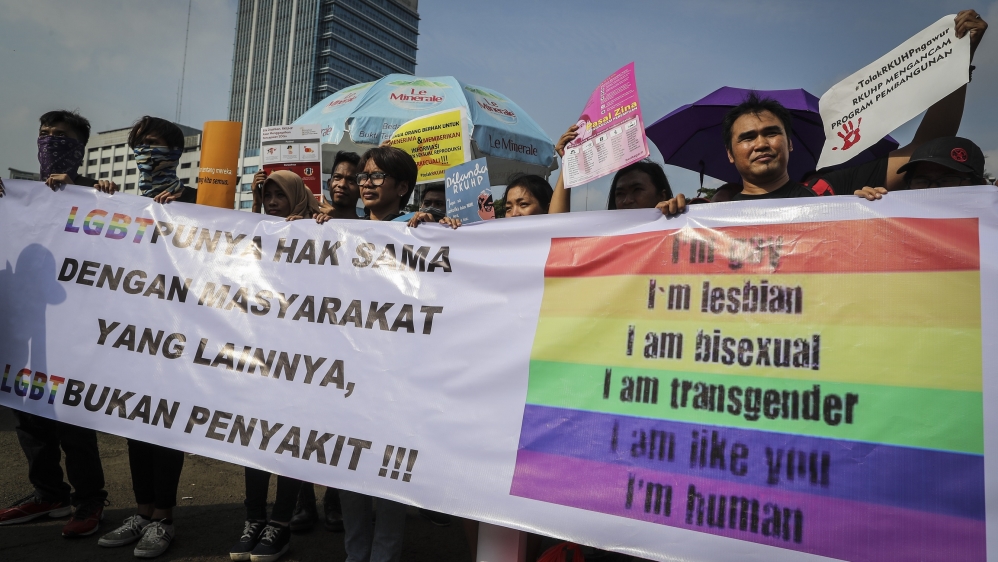 Indonesia's human rights commission on Tuesday condemned plans by a mayor to launch raids directed at the LGBT community in his city, after an Indonesian citizen was convicted in Britain of sexually assaulting 48 men.

Described by a prosecutor as "the most prolific rapist in British legal history", Indonesian student Reynhard Sinaga last month was convicted of 136 rapes against the men, whom he drugged, and given a life sentence with a minimum term of 30 years.

The mayor of Depok, Mohammad Idris, plans to enlist public order officers to raid residences of members of the LGBT community, according to a statement posted last week on the city's official website.

Homosexuality is not regulated by law in Indonesia, except in Aceh province where Islamic law bans same-sex relations. But the world's largest Muslim-majority nation has seen a rise in hostility towards the LGBT community.

"The raids increase the risk of persecution and other law-defying acts," the head of National Commission on Human Rights, Beka Ulung Hapsara, told Reuters.

The commission has also written to the Depok government. Idris did not respond to Reuters requests for comment.

In the statement, Idris also said the town would establish a rehabilitative centre to assist "victims" in the lesbian, gay, bisexual, and transgender community.

The Sinaga case has received widespread coverage in Indonesia and left many in the already vulnerable LGBT community feeling even more under fire.

Dede Oetomo, an Indonesian LGBT activist, said the community was braced for hysteria over the Sinaga case.

A 22-year-old Indonesian student living in Depok, who identifies as bisexual and declined to be identified, slammed the move, saying it "violates private spaces" and was a waste of money.

Nearly 90 percent of Indonesians who understand the term LGBT feel "threatened" by the community and believe their religion forbids same-sex relations, according to a 2018 survey.

Arus Pelangi, an LGBT advocacy group, reported in September more than 1,800 cases of persecution of gay Indonesians between 2006 and 2017.