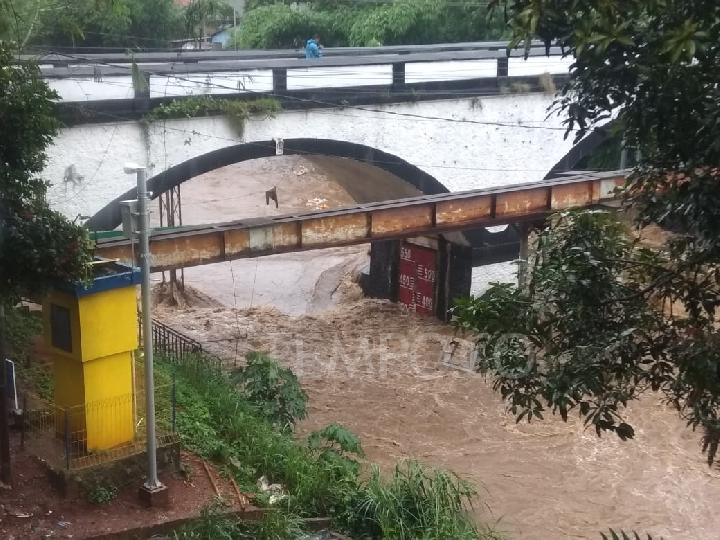 TEMPO.CO, Jakarta - Flood in certain areas of Depok are slowly receding. However, more problems surfaced as piles of trash carried by the flood litter the area.

Chief of Depok Regional Office for Environment and Hygiene (DLHK) Etty Surhayati, stated that approximately 800 tonnes of trash was carried by the flood currents and now has been disposed at the Cipayung Sanitary Landfill (TPA). "Yes, the [weight] has increased. Maybe because it's wet, the waste becomes heavier," said Etty, on Monday, January 6, 2020.

According to Etty, the usual amount of waste deposited in the Cipayung Sanitary Landfill reaches 1,300 tonnes every day. However, as a result of the flooding, Etty added, there has been an extra 800 tonnes of waste discarded in the landfill.

She further stated that the post-flooding waste deposited in the landfill mostly consists of plastic, wood, broken branches, and bamboo shoots. "More of wood and broken branches," Etty stated.

As a result of the flooding and landslides that have hit Depok since the January 1, 2020, the regional office has prepared 100 trucks to patrol the area and clear waste deposited in the 11 districts located in the City of Depok.

In regards to the cause of the Depok flood, Etty has identified the lack of drainage absorption to be one of the factors, along with "the intense rainfall that has been happening the last few days."

On the other hand, Mayor of Depok Mohammad Idris, has stated that the Jakarta Provincial Government has allocated aid funds of Rp 59 billion for the 2020 budget. The fund, Idris said, will be allocated for disaster prevention measures in the capital's Buffer Zones, including to restore Ciliwung River as well as reservoirs in the city of Depok.

"With this incident, we will evaluate the increase in disaster funding from the Jakarta Provincial Government. Because of this situation, the analysis [of the funding] will equally change," Idris stated.