The dead body of a man, who had a record of mental illness, was discovered on Saturday in his home in Depok, West Java, months after his wife’s death in the same house. Aladdin Situmorang, 66, was found dead alone at his house at the Griya Lembah Residence in Sukmajaya, in which he had stayed after returning from the Marzoeki Mahdi Psychiatric Hospital in Bogor. Prior to his admission to the hospital, the retired civil servant of of the Supreme Audit Agency (BPK), had lived in the house with his wife Sri Murniati and her sister Ani, who has also suffered from mental illness. Sri, who had retired from the Agriculture Ministry, was found dead in the house in May, 10 days after her death, which was suspected to have been caused by diabetes.        Her death was discovered when their nephew, Robinson, asked for help from local authorities to ta... 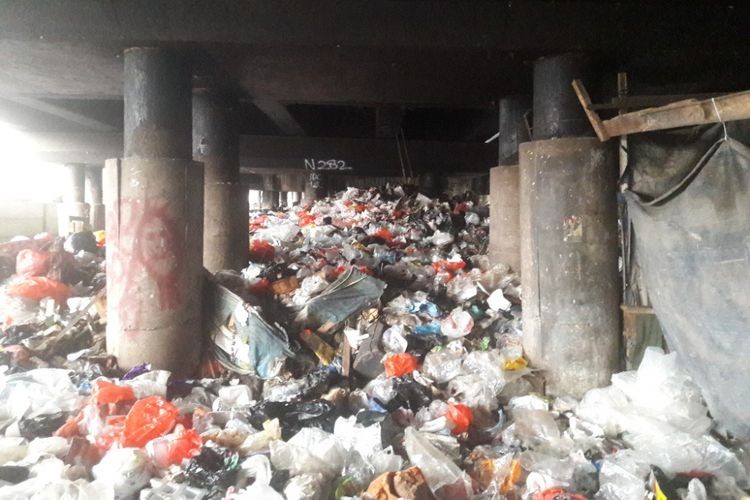 The subject of haze from the rampant burning of trash across Greater Jakarta has been notable for its absence from the recent conversations about air pollution in the region.

The smoke from burning trash chokes millions daily, especially in the morning and afternoon, with virtually no one doing anything about it. Even residents themselves do not realize that the activity is punishable under several laws and regulations.

In Jakarta, for example, the action is prohibited under two national laws on waste management and on environmental protection, as well as two bylaws. The 2009 law says burning trash can land the perpetrator in jail for up to a year or a maximum Rp 1 billion (US$70,937) fine. In South Tangerang and Tangerang in Banten, as well as Bogor, Depok and Bekasi in West Java, respective bylaws stipulate three months in jail as punishment or a fine up to Rp 50 million.

Yet a lack of court cases or convictions for trash burning is evidence that both central and local governments have turned a blind eye to the practice, despite the real threat to our health and the environment.

In late August, reports surfaced of an infant suffering from a respiratory infection, blamed on haze from trash burning in Sindang Jaya district, Tangerang regency.

The family of the 1-month-old baby lived some 150 meters from a plot of land where people burned hazardous waste. Some residents said the practice had been going on for years; some even said burning trash was their source of income.

One reason people burn their trash is that there is no reliable waste collection service in place. However, the ultimate reason is: Why not? They think it is better to burn their garbage rather than having it pile up like a mountain. People think it is okay and even a good thing to do because no one tells them otherwise.

Years of government inaction only show authorities intentionally turning a blind eye because trash burning is deemed a solution for reducing waste in the metropolis.

Greater Jakarta’s dumpsites, like Bantargebang for Jakarta, Cipayung for Depok, Cipeucang for South Tangerang, Jatiwaringin for Tangerang regency, Sumur Batu for Bekasi municipality and Burangkeng for Bekasi regency, are all reportedly overloaded.

The cities’ trash problem is, of course, the responsibility of each of us. We, the residents, have to reduce our waste, while the administrations and the central government should be serious in law enforcement. Jakarta should deploy the famous orange troops not to pick up ignorant people’s litter but to catch litterbugs and trash burners. Other cities should deploy public order personnel to crack down on trash burning.

If we don’t do anything about our own trash and don’t take responsibility for our own mess, we should indeed expect to be choked by our own neglect. 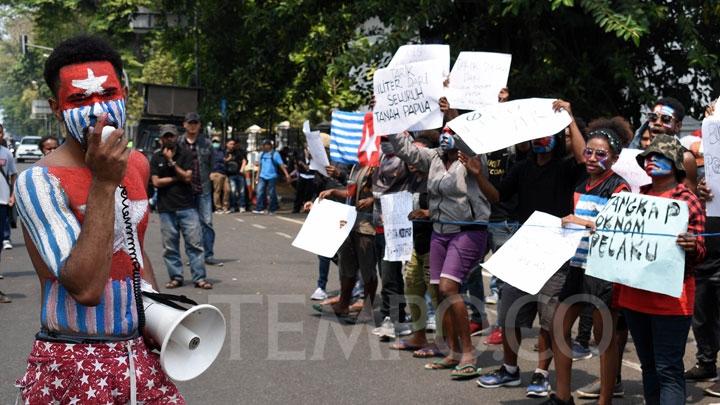 TEMPO.CO, Jakarta - Jakarta Metro Police have released two Papuan college students who were arrested on August 30 and 31 in Depok and Jakarta for allegedly committing treason as they lacked evidence.

“Out of eight [students] arrested, two of them have been released. Six of them are still detained,” said Jakarta Police spokesman Sr. Comr. Argo Yuwono to Tempo, Tuesday, September 3.

On Saturday, August 31, the police apprehended the two in the Papuan student dormitory in Pondok Cina, Beji, Depok City. The other six were nabbed during a protest in front of the Jakarta Police HQ. The arrest resulted from the students' demonstration where they raised Bintang Kejora or morning star flag before State Palace, Jakarta, last Wednesday.

The rally was held by dozens of people and Papuan students who named them as the student committee of anti-racism, capitalism, colonialism, and militarism. They condemned the racist acts against their fellow students in Surabaya. Three morning star flags were hoisted by the mass.